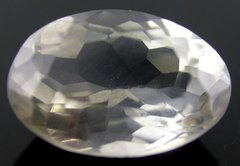 Sillimanite (also known as "fibrolite") is named after Benjamin Silliman (1779-1864). Silliman was the founder of the American Journal of Science (Silliman's Journal).
It is polymorphous with Anadalusite and Kyanite. 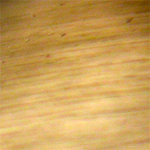 
The fibrous inclusions pictured on the left were found in translucent, violet, chatoyant sillimanite cabochons.

Sillimanite is biaxial with a positive optic sign.
Due to the small 2V value (2Vz = 21-30°) a diagnostic interference pattern should be easily obtained. 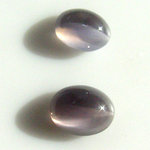 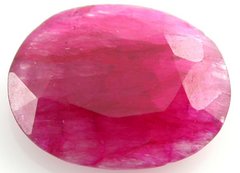 Fibrous sillimanite is very often dyed to imitate various "precious" gemstones like ruby, emerald and others. This type of sillimanite has a massive fibrous like appearance under magnification and show color concentrations. It is easily identified by the 1.66-1.68 range of R.I. with D.R. of 0.020 and S.G. of around 3.2. Such dyed sillimanite is now very often encountered in India.

Geological occurrence: A mineral of metamorphic rocks such as shcissts and gneiss; also granites.