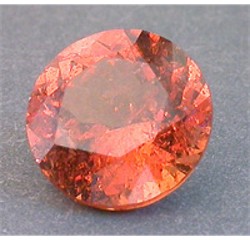 Hessonite is the brownish-red to yellowish-orange variety. 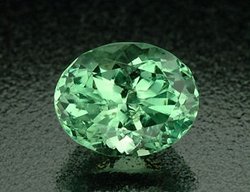 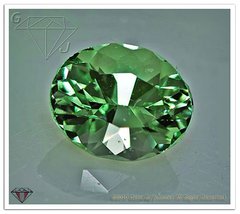 Green grossular garnet is the bluish-green to yellowish-green variety. Within this group, Merelani Mint garnet is a grossular variety that is found in the Merelani Hills of Tanzania. It has emerged in the last few years with a bright pastel mint green color. Due to its limited availability it has remained mainly as a collector stone. 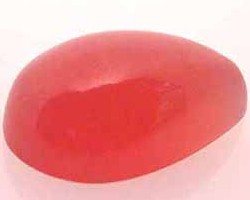 Hydrogrossular garnet is the green, pink, grayish-white to bluish variety of grossular.

Chrome grossular is a green variety of grossular. 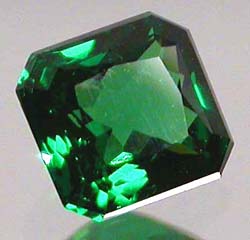 Tsavorite (or tsavolite) is a grossular that, like the Meralani mint, is green in colour. It is coloured by chromium and/or vanadium. The distinction between a 'regular' green grossular and tsavorite is commonly thought to be a function of saturation and tone. However, according to the Bridges' family (tsavorite was discovered by the late Campbell Bridges), the distinction is chemical. The chromophore for green grossular is iron, as opposed to chromium and/or vanadium.

Faceted Mali Garnet
Photo courtesy of Rick Martin,Art Cut Gems
Mali garnet is a yellow-green variety of grossular with a slight overlap in the grossular-andradite series. 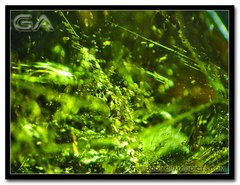 Inclusions in a Mali garnet.
Photo Courtesy of Jamey Swisher.
Retrieved from "https://gemologyproject.com/wiki/index.php?title=Grossular&oldid=9465"