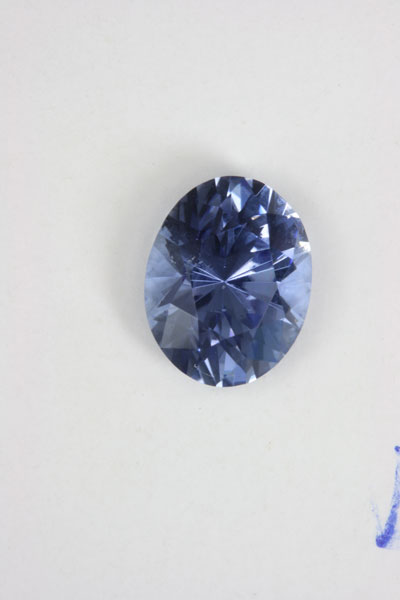 This oval weighs 1.51 carats. This is one of the first blues, with perhaps a touch of purple, that was a messenger of the coming cuprian tourmaline discovery in Mozambique. The intermediary (they are called miners) between the real miners and Brian Norton said that the rough could be heated to a neon blue. Brian did not believe this because he felt it would have been done, if it could be done. Copper was never mentioned or thought of and it was left to my spectrometer to say it was cuprian and would heat. I won't heat it to see the change, leaving well enough alone, to just enjoy its natural color.