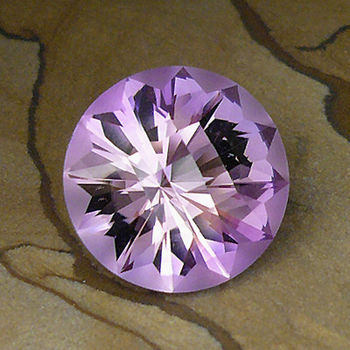 Test-cut in a nice medium-light colored amethyst, with frosted facets 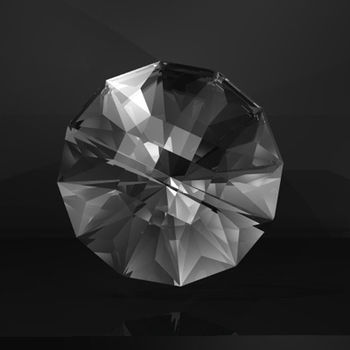 This is a design made to somehow resemble a daisy. It does not follow the actual symmetry of daisy flowers, but it is able to give something that can give the idea.

The part of this design that I really like is that where a flat table should be, in a more "conventional design, you get a shallow checkerboard dome. I'm playing a bit with this concept and in the future you'll see other design that feature this. It's some extra work, compared to a flat table, but it adds a lot in terms of patterns and scintillation.

Not a supereasy design to cut, but not to difficult either. I'd suggest a relatively large stone (> 4-5 ct?) for the best effect, also some facets would cut very fast on small stones. I designed this to work on quartz, but there should be no problem to cut this in higher RI's materials: the pattern will be a little different but you'll get more scintillation.