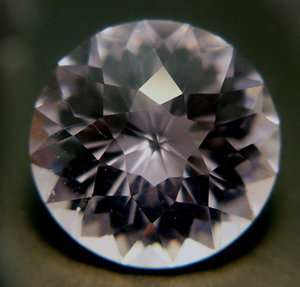 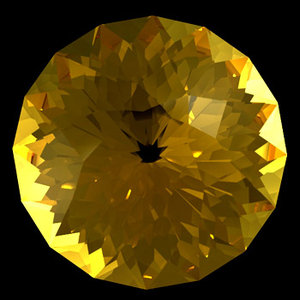 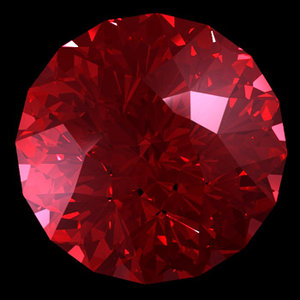 I had a big chunk of citrine quartz and I was planning to cut this design before I decided to use a combination cut on that piece. So this design was resting in my computer. Anyway I'd like to cut it since I think it would produce a very nice stone. A dome, cut at home. So "domestic". :) Once I got a nice piece of light amethyst then I test-cut this design. It's easy, and the final effect it's similar to a portoguese cut, but with better performance for quartz: smaller "outer ring" effect and better tilt performance.

I tried to get good angles for quartz, but this design should work well for any material with higher RI's. Also check the rendering on CZ: it looks quite promising to me.

Cutting a small table in quartz would be a bad idea since the pavilion mains are 40 deg. This was done to optimize the light return of the stone facing up, since with quartz and portuguese-style pavilions it is very likely to get a thick darker ring in the outer part of the stone, especially in domes; these angles try to keep this problem to a minimum. Higher RI's should be no problem, the high crown should aid to boost dispersion.